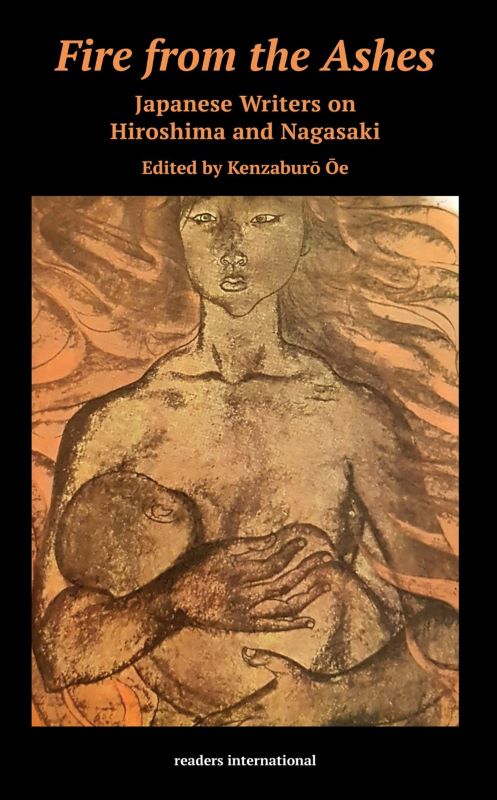 Fire from the Ashes Japanese Writers on Hiroshima and Nagasaki

To mark the 1985 fortieth anniversary of the A-bombs dropped on Hiroshima and Nagasaki, the distinguished members of the Japan P.E.N. Center led by Kenzaburō Ōe planned and Readers International helped issue this first ever collection in English showing the tragedy of the A-bombs through Japanese eyes.

Now it is the 75th anniversary of the same catastrophic events, and the state of world tensions today demands a re-issue of this classic volume so that a new generation of readers can experience first hand those tragic events and imagine their consequences in Japanese society for generations after.

The classic stories are here, The Crazy Iris by Masuji Ibuse (masterfully translated by Ivan Morris), as well as the works by Tamiki Hara, Summer Flowers and The Land of Heart’s Desire that were censored under the post-war American occupation, but today are familiar to every Japanese schoolchild. The volume also showcases important Japanese women writers of several generations like Yōko Ōta, Ineko Sata, Kyōko Hayashi and Hiroko Takenishi. Their stories touch on the especially bitter curse for women who were exposed to the radiation as young girls, then were rejected by a traditional society because of their infertility.

These stories bring us the gift of great fiction – they allow us to engage deeply with the past, but also to imagine its consequences in an uncertain future.

“In compiling this anthology I have come to realize anew that the short stories included herein are not merely literary expressions, composed by looking back at the past, of what happened at Hiroshima and Nagasaki in the summer of 1945. They are also highly significant vehicles for thinking about the contemporary world over which hangs the awesome threat of vastly expanded nuclear arsenals. They are, that is, a means for stirring our imaginative powers to consider the fundamental conditions of human existence; they are relevant to the present and to our movement toward all tomorrows.” From the Introduction by Kenzaburō Ōe