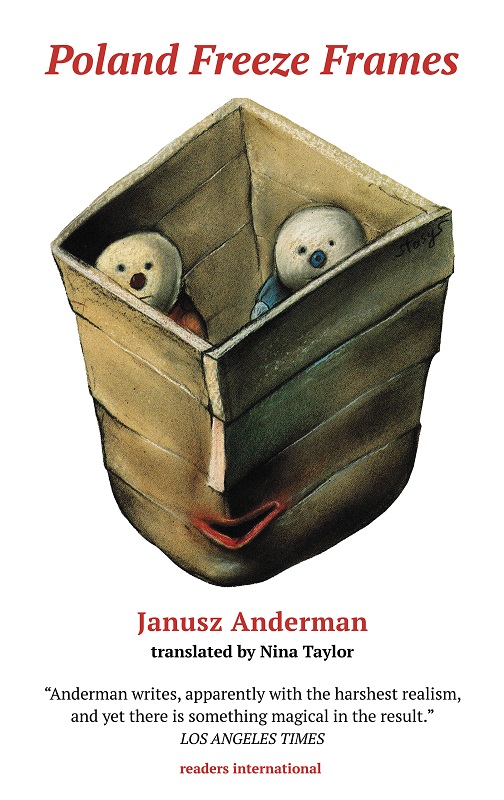 Poland’s recent history from Solidarity to martial law, from martial law to the end of communism and today’s rough and tumble politics are all encompassed in these outstanding stories by Janusz Anderman, featuring this prizewinning Polish writer’s relentlessly honest gaze and his ‘tape recorder ear’ – the raw prose he pioneered amid the mainly lyric poetry of the Polish dissidents. A combined volume of stories from Anderman’s two previous Readers International publications: Poland Under Black Light and The Edge of the World.

“The crowd [here] has similarities to characters in the puppet theatre…the Journalist, the Pro¬vocateur, the Official, the Drunkard, the Patriot Pole, the Oppositionist Pole, the Idiot Pole. They declaim convulsively on some current issue and vanish again into the crowd….This vision is suffi¬ciently grotesque to be apocalyptic.” JERZY PILCH in An Appreciation of Janusz Anderman

“An intense, committed writer whose sheer talent jostles energetically against his muckraker’s impulses; a blunt polemicist redeemed by his gifts for gallows humor and surrealist portraiture.” PHILADELPHIA INQUIRER