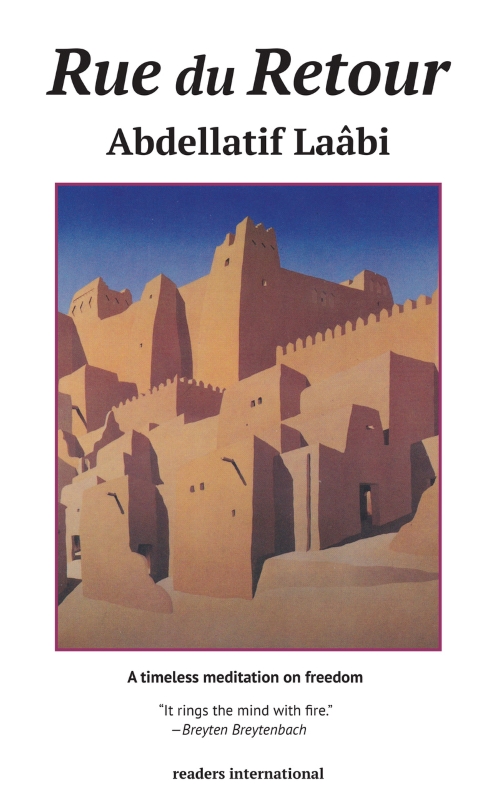 His magisterial prose and poetry have won Abdellatif Laâbi successively France’s Prix Goncourt and the Grand Prix de la Francophonie from the Académie Française. Rue du Retour brings to the English reader the full drama and intensity of the poet’s thought and words in this account of his return to life and hope after torture and then more than eight years in a Moroccan prison. He now lives in exile in Paris, but is honoured in his home country, in France and throughout the Middle East as a towering literary figure combining poetry, politics, translation, fostering creativity and younger talents male and female, in Arabic and French.

“In his writing … shines the steady flame of a writer in a changing world.” LE MONDE

“Created with gentleness and with fury, with words that thrill the soul, that cry out with the urge to live, with hope and with suffering.” JEUNE AFRIQUE

“The restlessness of Laâbi’s spirit, by turns melancholy and joyous, hopeful and forlorn—is quintessentially the spirit of our time.” HARPERS