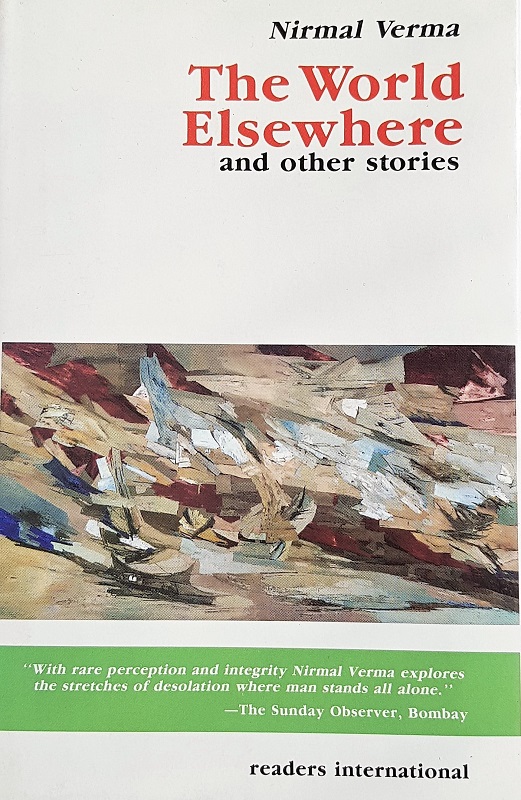 The World Elsewhere and Other Stories

Nirmal Verma(1929-2005) was an acknowledged master of Hindi prose and one of the pioneers of the Nai Kahani (new story) movement in Hindi. Born in Simla, a hill station locale that recurrs in his stories, he studied History at Delhi University’s presitigious St Stephens College and taught for a time besides developing his writing skills. A student activist and idealist, he nevertheless regularly attended Ghandi’s morning prayer meetings in 1947-48, even though he was a card-carrying member of the Communist Party of India. He resigned his Communist Party membership in protest against the Soviet invasion of Hungary in 1956. Later in the 1950s he went to Prague and experienced the changes there that culminated in the Prague Spring. He initiated an important translation program of key Czech writers to bring their works into Hindi, including Karel Čapek, Jiri Fried, Joseph Skvorecky, Milan Kundera and Bohumil Hrabal. He left Czechoslovkia and returned to India in 1968 in the aftermath of the Soviet invasion. Throughout his life he was known as a major voice among the Indian intelligentsia for consistently upholding the right of individual liberty and freedom of expression. He famously took a stand against Prime Minister Indira Gandhi during the Emergency (1975-77), and he also advocated the cause of a Free Tibet.

He traveled widely in Europe and the USA from 1959 to 1970, while also reporting regularly in The Times of India, earning the title “an Indian writer exiled in Europe.” This collection, The World Elsewhere and Other Stories won the Sahitya Akademi award and was the first collection of his stories published in English outside India. He also won the Jnanpith’s Murtidevi Award for his essays, and in 1999 he received the highest literary award of India, the Bharatiya Jnanpith Award.

Readers International has also published a second collection in English of stories by this master writer: The Crows of Deliverance

Cover image by Ram Kumar, one of India’s foremost abstact artists and the older brother of Nirmal Verma.